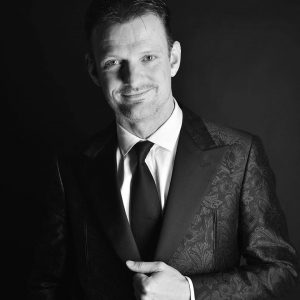 As one of the most sought-after jazz artists of our time, PETER BEETS has attracted a devoted international audience, performing regularly at major jazz festivals and venues throughout Europe, the United States and Asia. He has shared the stage with jazz greats such as Chick Corea, Wynton Marsalis, “Toots” Thielemans, Elvin Jones, George Coleman, Johnny Griffin, Benny Golson and Kurt Rosenwinkel. One of his earliest recordings, “First Date” (1996), featured the great Jeff Hamilton on drums. In 2001 the Criss Cross label invited Peter for a series of CDs with his “New York Trio”, inviting artists like Willie Jones III, Larry Grenadier and Greg Hutchinson, earning him international acclaim.

From birth, Peter was surrounded by music: Classical from his mother who is a music pedagogue, and Jazz from his father who instilled in his son his own great love of Oscar Peterson and Art Blakey. His brothers Marius (1966) and Alexander (1968) also became professional musicians, double bass and tenor saxophone respectively. Since 1985, the brothers have performed together as “The Beets Brothers”.

In 1988 Peter was awarded the prestigious Pall Mall Swing Award, and a year later the Princess Christina Award. In 1998 he completed his conservatory studies, winning the Prix Martial Solal in Paris. In the same year, he became the featured pianist with “The Jazz Orchestra of the Concertgebouw”. The following year, he produced a live recording with jazz legend Curtis Fuller and was also awarded the Concours de Solistes de Jazz in Monaco.

In 2010 Peter was awarded an Edison (Dutch equivalent of the Grammy) for the album “Blues for the Date”, with his original compositions, accompanied by “The Jazzorchestra of the Concertgebouw”. In the same year, he returned to New York to record his 5th album for Criss Cross, “Chopin meets the Blues”, featuring Peter’s original jazz arrangements of many of the composer’s most celebrated works. In 2013, Peter recorded his long-awaited tribute album to one of his biggest idols, Oscar Peterson, entitled, “Portrait of Peterson.” The recording was nominated for an Edison Prize, as was a 2015 recording featuring live performances of his Chopin arrangements. Later that year, he began touring with newly-orchestrated arrangements for full-size big band, “Chopin Meets the Blues Goes Big!” Currently Peter performs with an all-star group featuring jazz pioneer Han Bennink alongside altosaxofonist Benjamin Herman.

His 2018 live recording of Django Reinhardt compositions with a gypsy jazz trio including Stochelo Rosenberg is seen by many as a historical performance. World class record producer Ruud Jacobs recently brought about Peter’s new trio recording with bassist Tom Baldwin and drummer Eric Kennedy, called ‘Our Love Is Here to Stay – Gershwin Reimagined’.