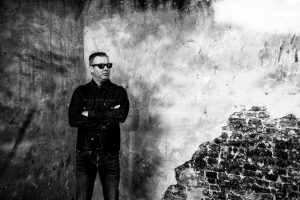 Frank di Angelis stands for music made by top-notch musicians that bring you real quality. This can be heard on debut album Frankly. The music can best be described as pop music mixed with funk, jazz and soul. It creates a welcoming atmosphere but also leaves room for a lot of musical surprises.

Multi-instrumentalist Frank di Angelis started his music career on drums at the age of 4. At the age of 16 he switched to bass and from that moment on he has also picked up keys and guitar. In 2003, after many gigs at countless parties and events, he decided to put the cat amongst the pigeons and stopped pursuing a professional career in music.

On a Sunday morning in 2006, he got a call from producer Arthur Antoine Theunissen, they were looking for a bass player for Gare du Nord. The concept Sex ‘n’ Jazz was born, the first album Frank recorded with Gare du Nord. This album became the best-selling Dutch jazz album ever. Talking about a professional career in music! The albums Love for Lunch and Lilywhite Soul followed.

Frank started writing his own songs at a young age. With bands like Level 42, Toto, Eric Tagg, Stevie Wonder and Boz Scaggs in mind, and Steely Dan as absolute number one. Music in which everything comes together for Frank. He can also talk about musician Jeff Porcaro for hours. All music played from the heart, various styles, a real artist who nevertheless remained modest. Basically everything that’s equal to good musicianship. Producer Arthur Antoine Theunissen got to hear Frank’s demos and urged him to record it properly. This music needed to be heard!

Together, they started looking for the right musicians they could really connect with. Frank himself played bass, keys and guitar. It was decided early on that the horn section needed to be recorded by the highly acclaimed Special Request Horns (Jan van Duikeren, Guido Nijs and Louk Boudesteijn). This trio is known for performing with bands such as Racoon, Caro Emerald, Diana Ross, Candy Dulfer, Lionel Richie and Di-rect, and many more. But the list of star musicians goes on, on “Frankly” we find Ferry Lagendijk on keys, Geert Roelofs on drums, Toer Greve on guitar and Sandra Sahupala on percussion (Marco Borsato, Edwin Evers Band), plus special guest Ferdi Lancee on the track Two Places. All musicians who belong the absolute top of the music business.

Frank’s rather “dark” lyrics are sung by 3 vocalists. Lesley van der Aa was asked for the backing vocals, but there was such a good connection during the sessions that she also performed lead vocals on 2 songs. She previously did backing vocals for André Hazes, De Toppers, Trijntje Oosterhuis, and Beste Zangers, but now she is taking center stage herself. Michelle Oudeman can be heard as lead vocalist on the track Joey, but also on background vocals, as she did for Do, Shirma Rouse, Trijntje and Jan Akkerman. Male vocals are provided by Spencer Croes (Berget Lewis, Do, Phil Collins and Boris). A perfect combination of talent, skills and a lot of fun!