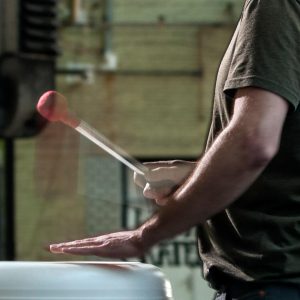 Roger is an adventurous music-maker & drummer based in Berlin & the Netherlands. He works in the historical building of the former DDR radio: Funkhaus Berlin. For performances and projects, he travels mainly inside Europe. Roger doesn’t belong in one particular music-scene; it would feel like a limitation to him. He wants to be free, move through different styles and be inspired with an open vision.

Typical for his playing is his open dynamic drumsound, organic groove and his versatility. With his playing Roger wants to ‘touch’ en ‘move’ people. His vision; ‘To make music the primary goal has to be to make music’

Currently Roger plays with his performance Water Creatures. A musical performance about the plastic pollution in our waters. Besides that he also works as a drummer & composer/arranger for clients.