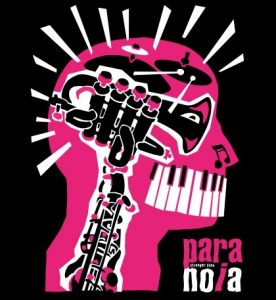 Stranger than Paranoia Festival
Stranger than Paranoia is a small intimate music festival that shows any kind of musical disciplines and crossover music with improvisation as the binding element. Started in the year 1993, the festival is located yearly at the music club ‘Paradox’ in Tilburg but since 2011 also in Breda and Den Bosch and since 2014 also at the Bimhuis Amsterdam. Four nights there are three showcases on each night with totally different music styles; from national heroes to international acts. In the years to come, Stranger than Paranoia wants to expand to other cities such as Eindhoven, Rijkevorsel (B) and more.

The Stranger than Paranoia Festival combines different styles of music and it crosses borders: from jazz to classical, from Spanish music to avant-garde, from big band to funk, from pop to strinquartet. The festival is highly appreciated by musicians, public and press and is therefore one of the most important small festivals in the Netherlands. In 2017 the festival celebrated its 25 year jubilee.